Six months all over the east coast + some midwest

As I was preparing for the trip, whenever I’d meet someone new and tell them about it the initial reaction from most is to say, “I’d love to do that!” or “Take me with you!” To which I would reply, “You should totally come with me!” Most responses to my offer went something like this, “Oh, I wish I could BUUUUTTT…” However, Ethan was the very first person to say, “Count me in!”

I met Ethan through the Boston Vegan Drinks group only a few months before I left for the road trip. Turns out, he’d been vegan for about the same amount of time as me, was crazy passionate about spreading the vegan word, and was ready for a life change of his own!

So, we made an effort to get to know each other a bit more (we had, after all only sort of known each other for a few months before I left for the road) and start re-directing the trip to include him. Before I knew it, Will Travel For Vegan Food was a two person show. Woo! 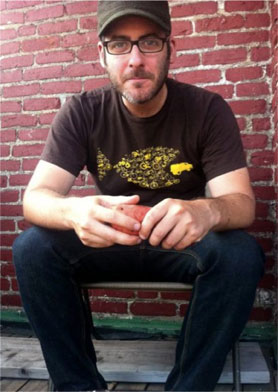 Ethan and his sweet potato.

Ethan played a huge part in getting the trip off the ground. While I had initially intended to go it alone, I had clearly “pulled” him in (energetically speaking) because I needed some help. Within only two months time Ethan had left his job at New Alliance (a recording studio in Boston – which he had been with for twelve years), started a recording biz he could take on the road, sold a bunch of his stuff, packed up, and joined me on the road. Talk about haulin’ it!

Here are just a few things that Ethan did to make WTFVF come to life:

This trip has brought so many wonderful people into my life and I’m grateful that Ethan was one of them. Without his help it would have likely been a much slower, more challenging, and more nerve wracking start. I’m immensely grateful for all the help that Ethan provided during the first six months of the trip. It was lovely to have a travel partner during the critical launch and settling in stages. Thanks, E! :) 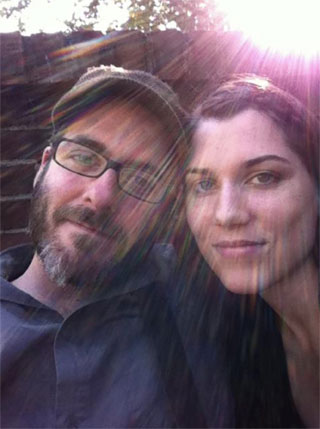 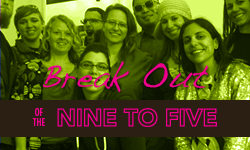