We decided to swing through Boston one last time (we really do love it there) before leaving the comfort zone of Northeastern US. It was a quick affair and then we hit the road Monday afternoon, Chicago-bound to spend the upcoming holiday with Ethan’s mom, Deeya and her wife, Dayle.

We left Boston around 2pm on Monday, December 19th and drove until neither one of us could keep going… which turned out to be around 4am the next morning. So we found a very nice overnight truck stop in Ohio. I must say that the stations off of the thruway in Ohio are really clean, big, and comfortable. This one had a Starbucks, a Panara, a Burger King (of course), and I think one or two other food station-ey areas. Along with a big gas station fill up, and overnight parking for vans, cars, and trucks. We paid $20 for 24 hours worth of parking and dozed off. It was actually pretty comfortable, especially now that Gerty has a memory foam mattress and we both have our own snuggly sleeping bags.

Despite little sleep (it’s amazing how great you feel after only 5 hours of sleep) we were back on the road by 10AM that day. We didn’t have any food with us so the best we could do with this particular truck stop was a bagel with peanut butter (that we split) and some BK fries.

SIDE NOTE: Ethan introduced me to a super helpful iphone app called Vegan Express. It’s a great quick little guide to let you know if the place you want to dine at has any accidentally vegan items. That’s how I found out the BK fries are vegan. Check out this review of the app on Miss Vegan Life.

Once we filled up on our fries and bagel we continued west. I thought it’d be a good idea to see if there were any vegan restaurants that would be on the way. Luckily we found one. The only vegan restaurant in all of Indiana, as a matter of fact. It was about an hour off our route but it turned out to be a worth while stop. Check it out! 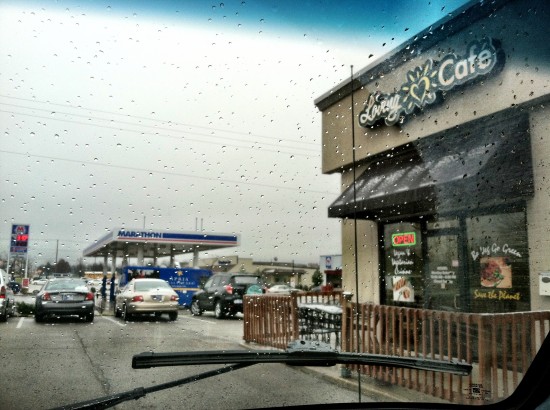 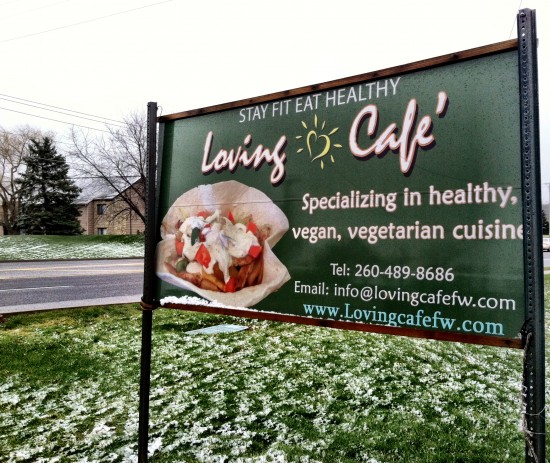 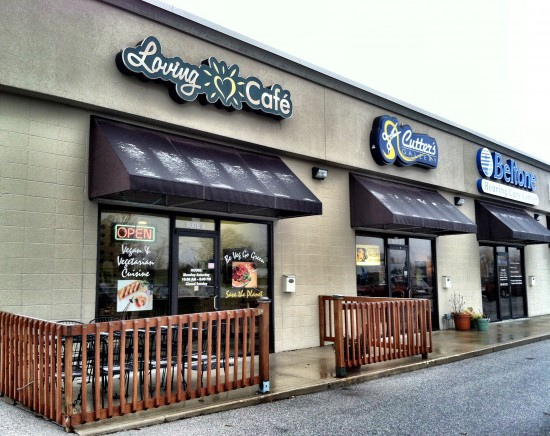 Loving Cafe is part of the Loving Hut chain but as we’ve learned, each restaurant – within the chain – is independently run and the food is always different. This place is great!

As soon as we walked in we were greeted with a warm welcome and immediate questions about our vegan-ness. I’m sure it helped that I was wearing a “vegan” hoodie. :) It turns out the woman behind the counter had been vegetarian for nineteen years and has been vegan for the last five or six years. She and the rest of the staff were extremely friendly. The restaurant was clean and comfortable as well. 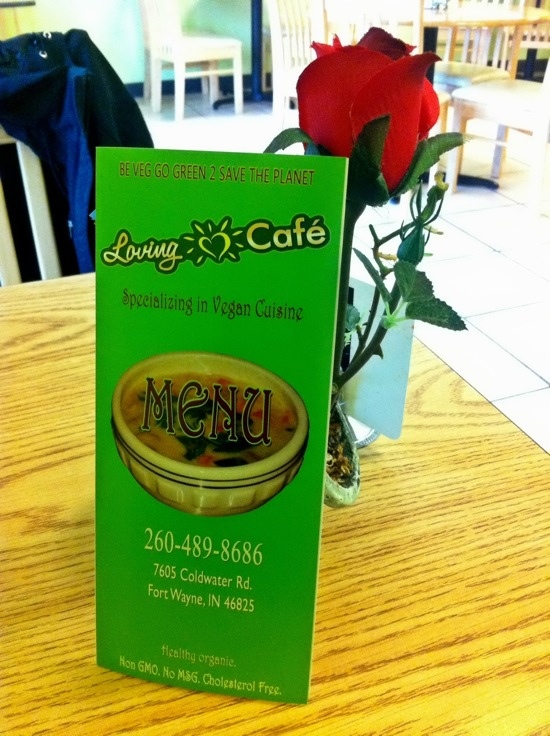 Every item on the menu was listed with a description and a photo. :) They not only provide Asian-inspired dishes but they’ve got a little bit of everything on the menu, including hot dogs, hamburgers, mac ‘n’ cheese, and other traditional American-style dishes. 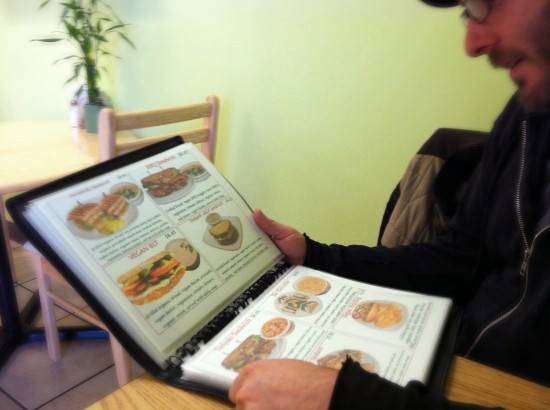 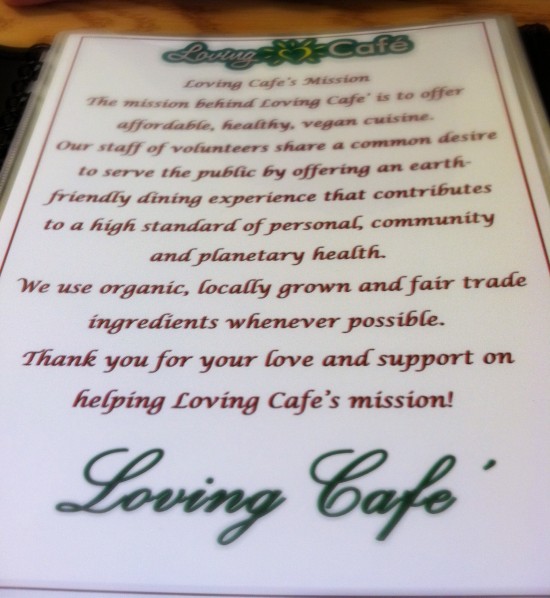 I started with the Raw Blueberry Bliss Smoothie. Yum! 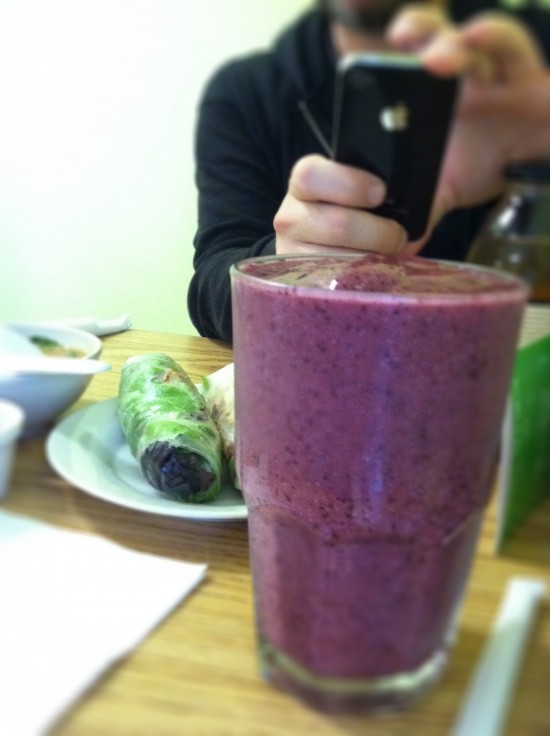 We split an order of Vegan Wings. They come with sides of organic carrots, celery, and a side of soup and creamy tarter-like dipping sauce. I LOVE THESE!! One of the best soy-based meats I’ve ever had. So, so good. 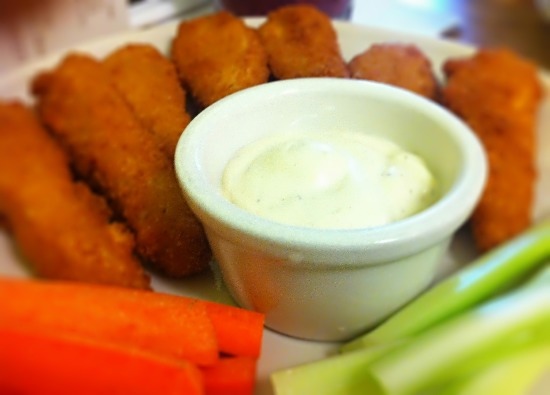 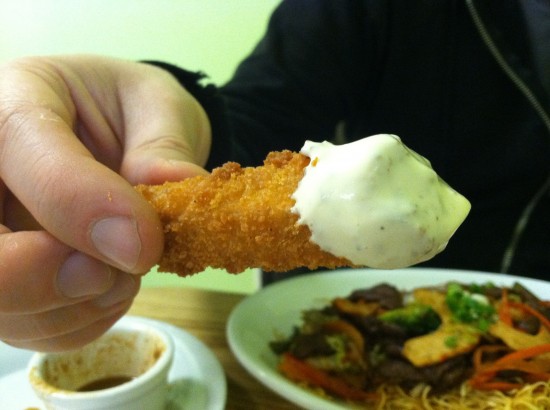 They had Spring Rolls on the menu so of course, I had to order them. :) The Spring Rolls are stuffed with organic carrot, coleslaw, organic onion, vegan ham, veg crumb, and vermicelli noodles with sweet and sour dipping sauce. 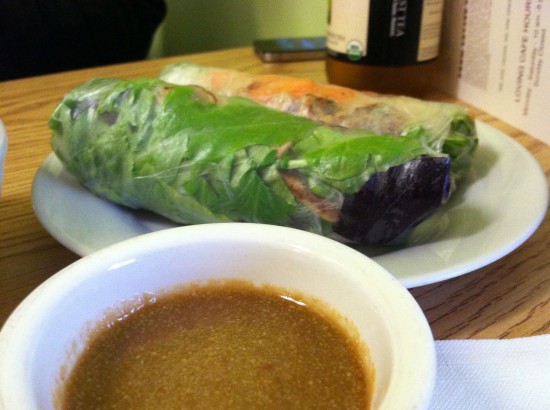 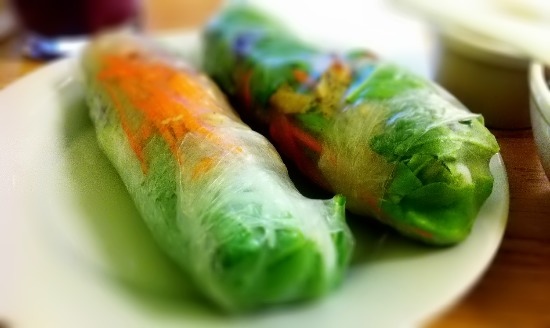 For my main course (dang, we can eat a lot!) I had the Udon Noodle – it came with vegan ham, ya praw’, soy protein, broccoli, organic carrot, bell peppers, nappa, organic onion, and sweet peas. It was delightful. 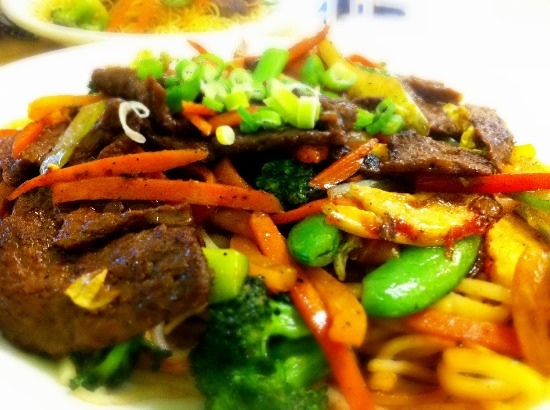 Ethan had the Yellow Noodle, which came with yam praw’, soy protein, nappa, broccoli, organic carrot, vegan ham, bell peppers, organic onions, and  sweet peas. I guess we basically had the same thing but with different noodles and sauces. 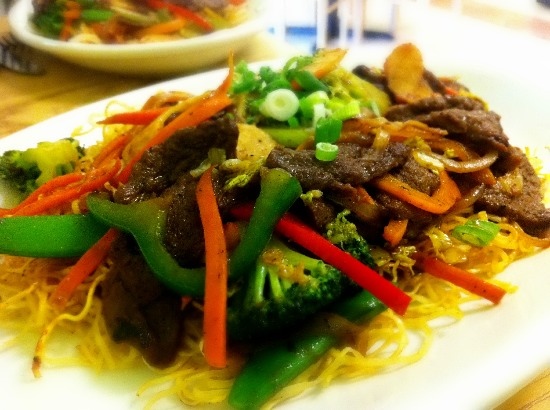 If you ever find yourself in Fort Wayne Indiana be sure to swing by Loving Cafe. It’ll be well worth the friendly stop! :) 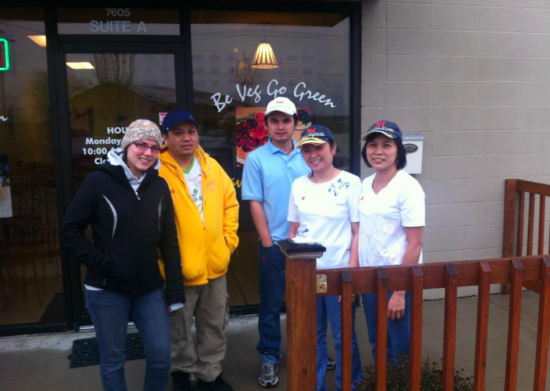 We headed back to the thruway and arrived in Chicago around 6pm that night. I LOVE Chicago and I can’t wait to update you on the restaurants in this beautiful city. In the meantime we’ve got some holiday recipe posts coming up (stuff that we made ourselves.. ooh!!), more Boston posts and of course NH, VT, and Montreal coverage (still catching up!). 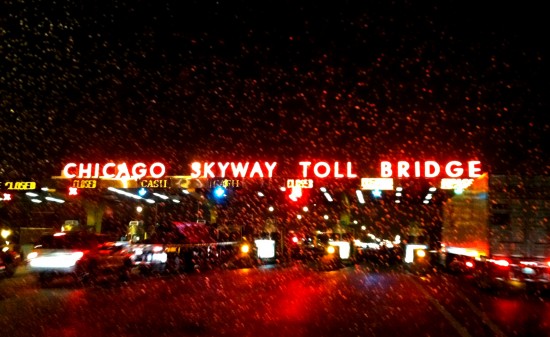 Vegan in Arkansas + The Country’s Best Potato Salad is in Mississippi... February 13, 2014 | Kristin 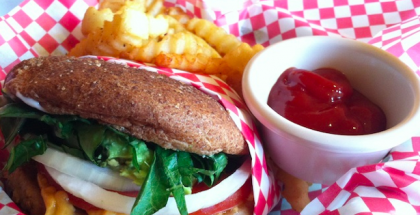