The number of veg-friendly, Asian inspired restaurants in Philly is kind of silly. I’ve already talked about Vegan Tree, and now we’ve got Mi Lah Veg and New Harmony Veg, not to mention a few others. As a result it seems like there is a bit of an unspoken competition as to which one is the best. Among them, these two restaurants are definitely stands outs for me.

Mi Lah Vegetarian came highly recommended, especially for their breakfasts. I really liked the atmosphere and the service was great with an extremely attentive server – though I was the only customer at the time. It’s definitely a higher class and very clean environment overall. 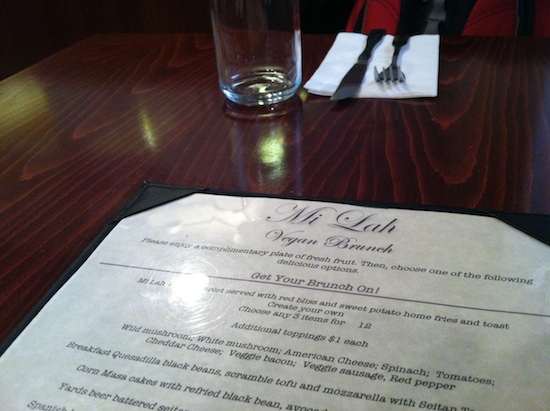 As a complimentary starter I was delighted to receive some fresh fruit and orange juice. Yay! 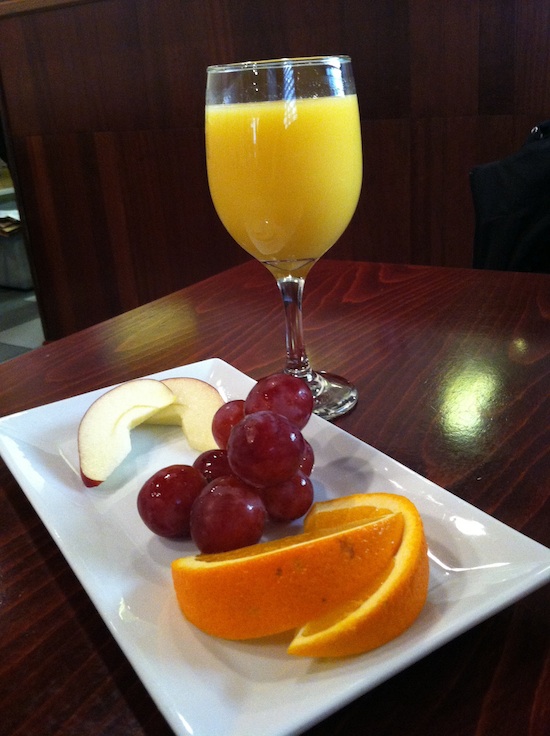 I had never had a vegan omelet before so naturally, I had to order one. This ‘omelet’ came with portobello mushrooms, spinach, and vegan sausage. The egg part was made with tofu, soy milk, and starch. It certainly smelled like a real omelet..somehow. Although the omelet part itself has the texture and taste more of a pancake. The sausage was really delicious though, very authentic tasting.

Those sweet potato fries were amazing, by the way. Also, instead of butter they give you a nut-based pate-like spread. It was amazing!! Truly unique and delicious. 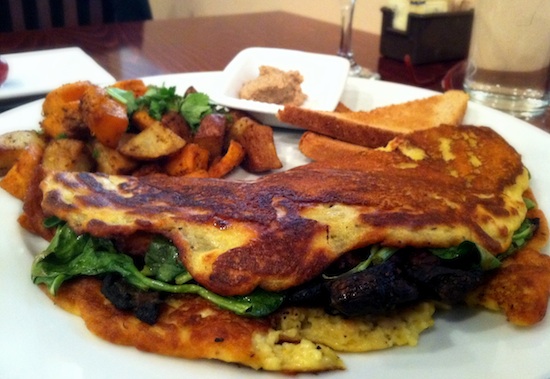 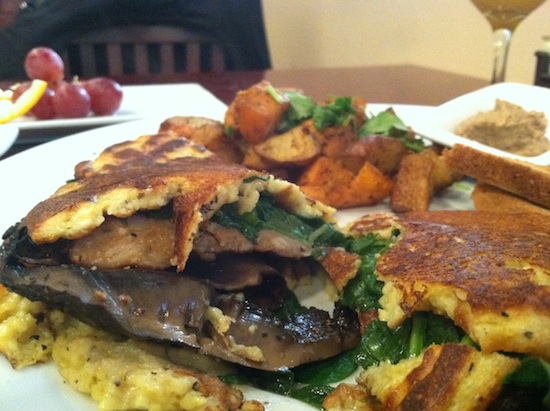 Again, internet cafe time to do work and then it was on to New Harmony Vegetarian, arguably the best of the Asian-inspired restaurants in Philly, according to the local vegans that I met. Or at the very least, one of the first of its kind in the city. I went to at least two other, similar restaurants that had near identical menus. I’m still not clear on if they’re related in some way or if there is something else going on there. Don’t know.

I had a wonderful meal here! One of my favorites while in Philly, for sure. Rumor has it that New Harmony has great dim sum and breakfast as well but when I went I chose to get some wonton soup, spinach dumplings, and general tso’s chicken. I think it was the owner who came out and sat me. He also stopped by later to see how I was doing and had a few jovial, lengthy conversations with some other customers, who seemed to know him well. To me, this is always a good sign.

The wonton soup was a bit salty but very, very good. It was jam packed with flavor and so super satisfying. YummMMm! 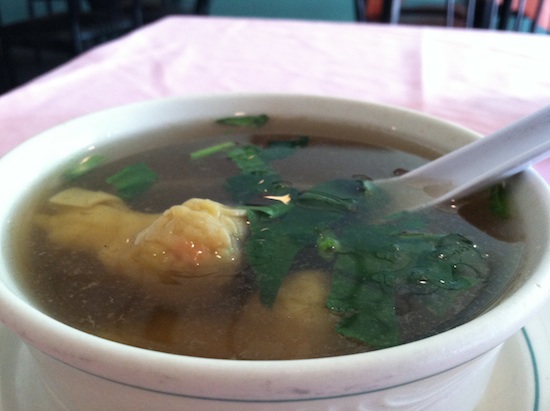 The spinach dumplings look like Alien eggs. This restaurant gets me!!! ♥ 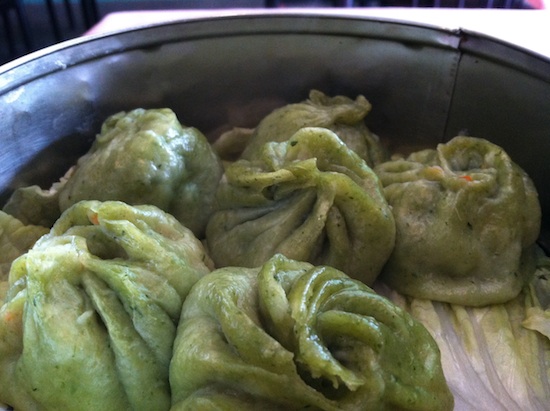 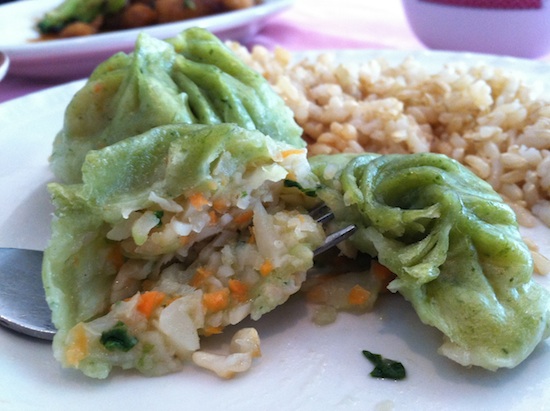 New Harmony’s general tso’s chicken is AMAZING! Each nugget has perfectly crispy edges, there was just the right amount of sauce, and the flavor blew my mind. I don’t really have words to explain the flavor other than to say, GO TRY IT!! :) 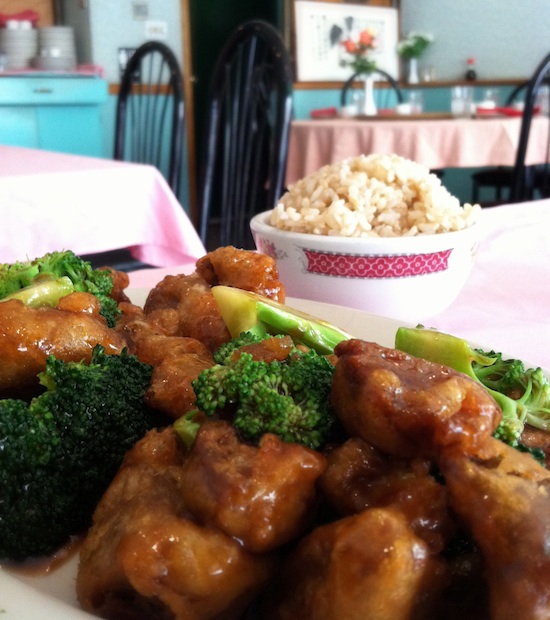 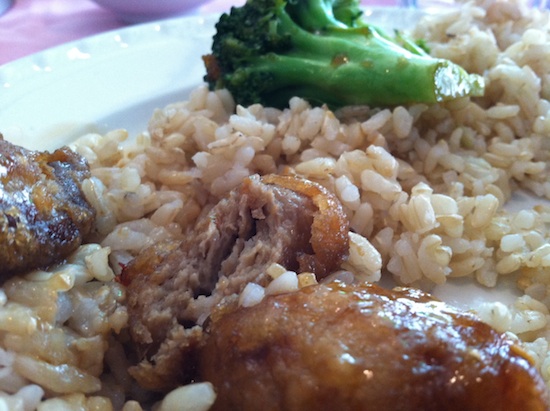 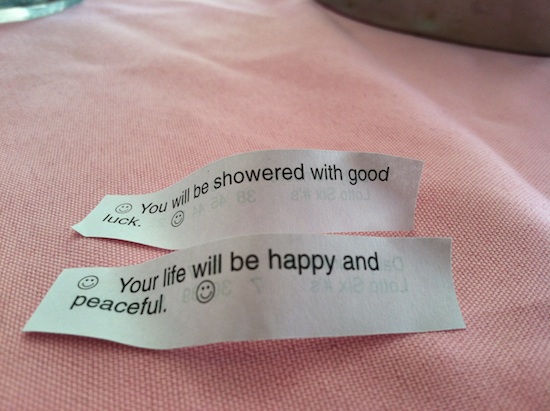 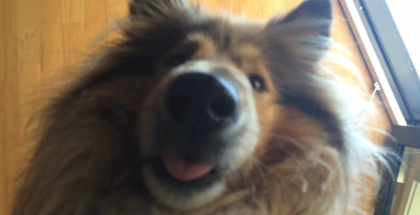