Just a few weeks before arriving in Maryland I received an email from the super sweet Laeticia Butler, a local vegan and advocate for Cloud 9 Chocolates – a raw, vegan chocolate company based in Baltimore.

Laeticia (AKA, Veg Writing Momma) and I met for dinner at One World Cafe (more on that restaurant below). You know how sometimes you meet someone and you just hit it off right away…feel like you’ve known them for a while even though you just met? It was like that with Laeticia. She’s super kind, incredibly compassionate, and is well-versed vegan. Which automatically makes her extra rad. ;)

A quick word about Cloud 9 Chocolates – I was fortunate to try some samples and I have to say… um. Wow. Seriously, some of the best vegan (and raw!) chocolate I’ve ever tried. It’s much creamier than other raw chocolates I’ve had (which I’ve found to be crumbly or too nutty). But this was more like crazy delicious fudge. Definitely worth a taste. Check out their website here: Cloud 9 Raw Chocolate. 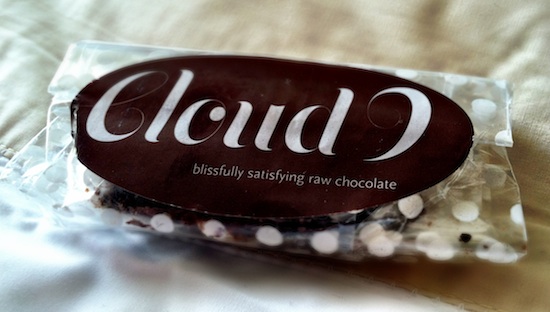 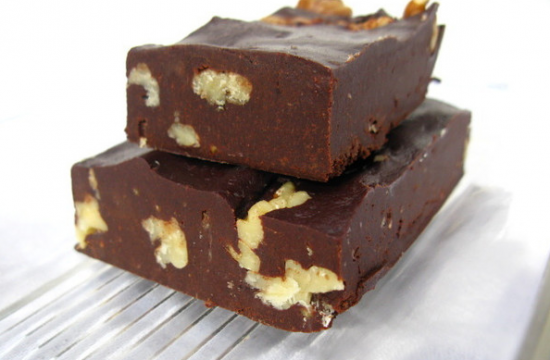 So, like I said, Laeticia and I met up for dinner at One World Cafe in Baltimore. This place is pretty cool, they’ve got a little bit of everything – comfy seating and free wifi in the front, a bar in the middle, and seated dining in the back. Plus, the food is pretty great. Most of the menu is vegan, or can be made vegan too! 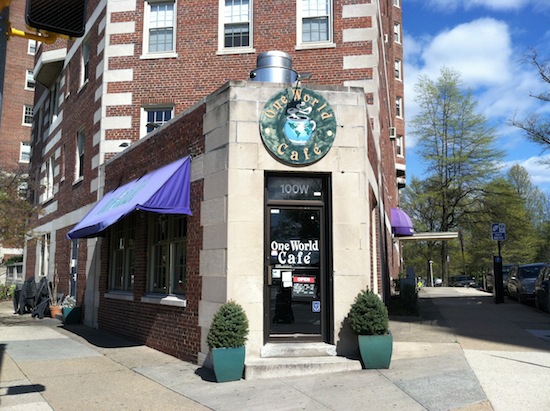 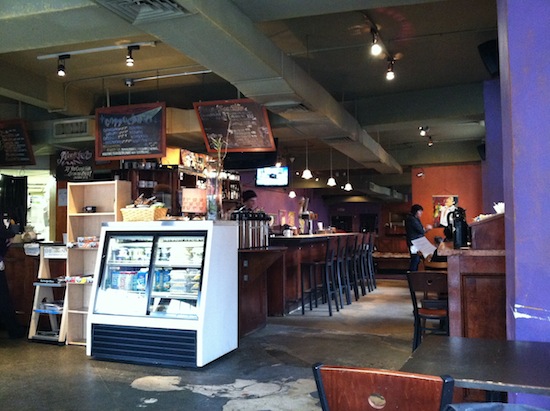 We started with the Mexican Refried Bean Dip, topped with house salsa and fresh cilantro. For my main meal I had the Philly Cheese Steak-Less sandwich. Both were very good! 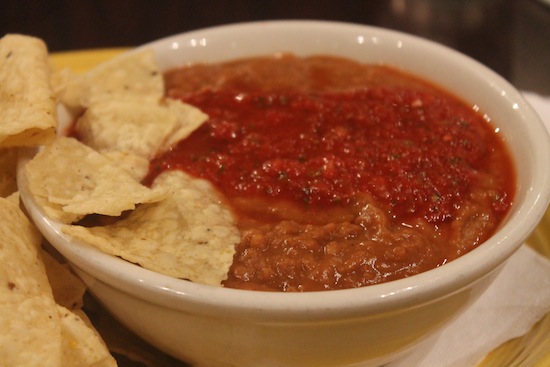 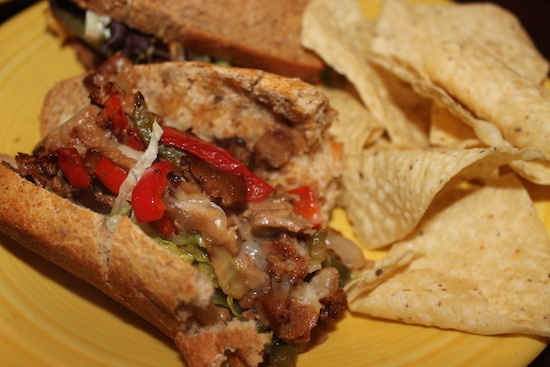 I ended up going to One World Cafe a bazillion times during the few days that I was in MD because they had free wifi and great food. This is why I have a feeeew more pics of their noms. :)

Here we have one of the best tofu scrambles of my life. It has green and red peppers, sprouts, mushrooms, onions, nutritional yeast, cumin, salt, pepper, with a side of tempeh bacon and toast. The pankcakes, pictured below, were pretty great too! 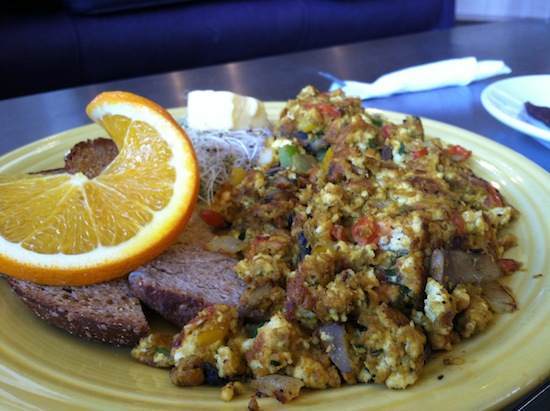 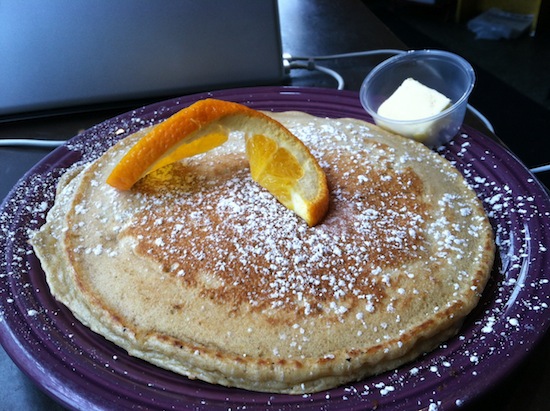 One afternoon I tried their French Onion soup and Meatball Sandwich. I don’t think I’ve ever had a vegan version of french onion soup but I used to loooove getting this as a kid. Whenever we went out to eat, particularly at this one local diner in my hometown, I’d always, always get the french onion soup. I’m happy to say that One World’s vegan version brought me right back to my happy place, and all the splendors of french onion soup, that I remember. It was salty, oniony, cheesy. Just as I remember! My notes also state, “hearts and stars!” :) The meatball sub was good too. 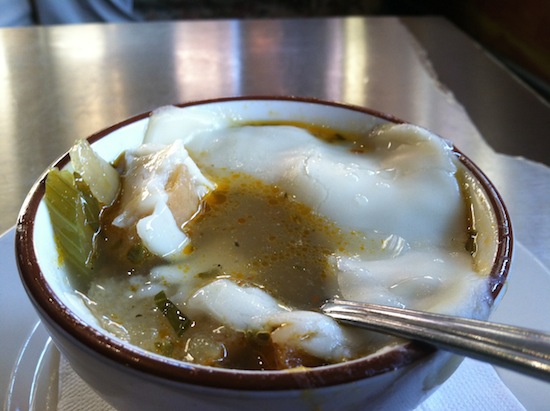 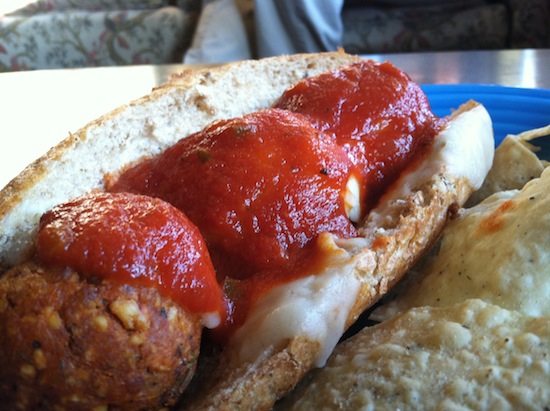 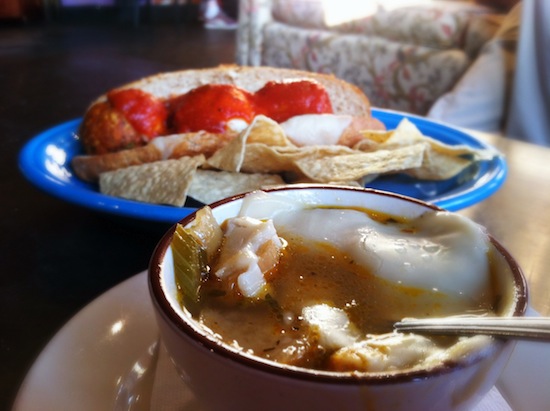 I tried a couple of their desserts over the few days and I was super duper impressed. I only got a pic of one of them (I guess I ate the others too quickly ;) but pictured below we have the chocolate cherry cake. Phenomenal! I also had a strawberry orange coconut cake slice at some point … I didn’t get a pic but I wrote the following about it, “just like strawberry shortcake!! Sooooooo good! Frosting is perfect!!!!” And by perfect I mean, perfectly rich, creamy, and sweet. Not grainy, not too sugary, but just right. Splendid! 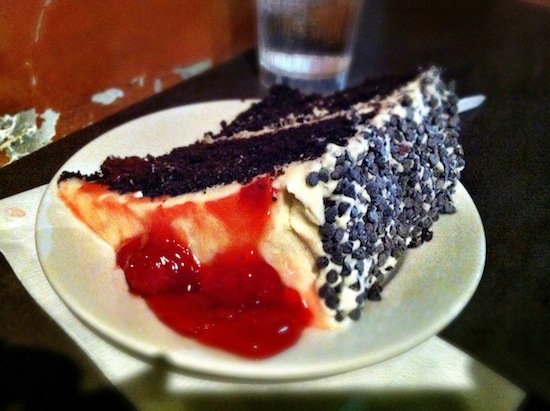 That’ll do it for One World… more MD restaurants coming up! :) 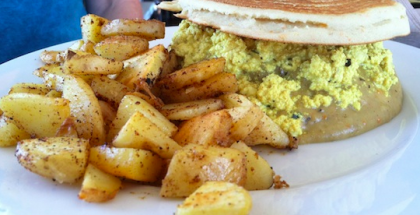 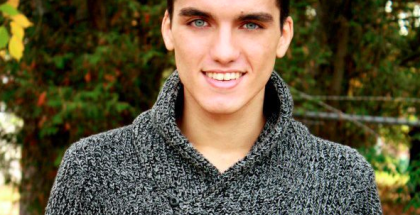