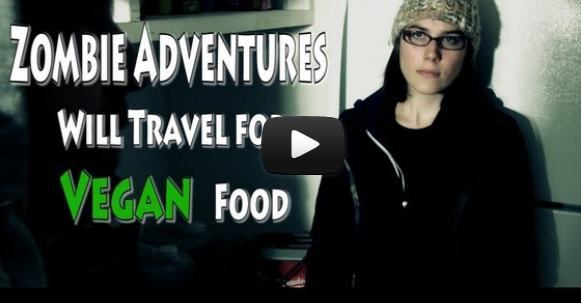 We passed through Syracuse a few weeks ago and had the pleasure of meeting up with the awesome dudes behind The Vegan Zombie cooking show, Chris and Jon. 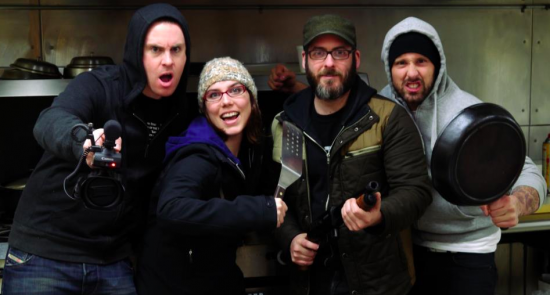 Chris is the creative mind behind the show as well as the man behind the camera. He’s had a passion for and has been writing and filming horror movies for years. In fact, over the summer he entered a contest by creating a video showcasing a “real demonic possession” that won honorable mention and will be featured in an upcoming, big screen, horror movie. Nice!

The concept behind The Vegan Zombie came about in 2006 and development started in 2009. Chris wrote a full vegan zombie movie script and the cooking show soon followed. The cooking show is set in a post zombie apocalyptic world where Jon-the main character and cook-is fighting off zombies while also taking time to prepare yummy vegan meals. It doesn’t get much better, in my book! ;)

“It’s our way of talking about veganism in a fun way that everyone can relate to,” said Chris.

Chris has been vegan for eighteen (yes, 18!) years and was vegetarian for four years prior to that. He said he became vegetarian when he was fourteen years old and just stuck with it as he continued to learn about animal cruelty and the health benefits of a vegan diet. He’s always been an animal lover and veganism came naturally. Jon had a similar launch into vegetarianism when he was fourteen years old, too. He became vegan at age fifteen and has been ever since.

The Vegan Zombie started as a joke, “it doesn’t make sense half the time…why would I make delicious food when there are zombies trying to kill me…” said Jon. One of the biggest takeaways, in talking to these brilliant guys, is that they really love connecting with new vegans and vegan families who are making the transition and are looking for fun inspiration surrounding veganism.  Chris said, “The way I see it…we want it to be fun so people say, ‘oh this is cool and entertaining,’ instead of pushy or too much in your face.”

After a bit more prodding we learned that Jon attended culinary school a few years ago and loves that he gets to combine his interest in zombie/horror flicks with his passion for food and veganism. By the way, Jon is a pro. Seriously. As an actor (and a cook), this guy is going places. Without a doubt! ;)

Ethan and I made our acting debuts in this short skit. It was SOOOOOO much fun!! :) 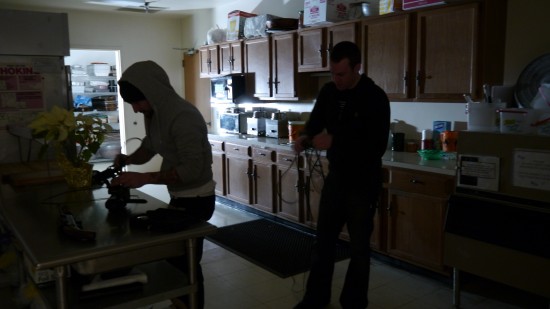 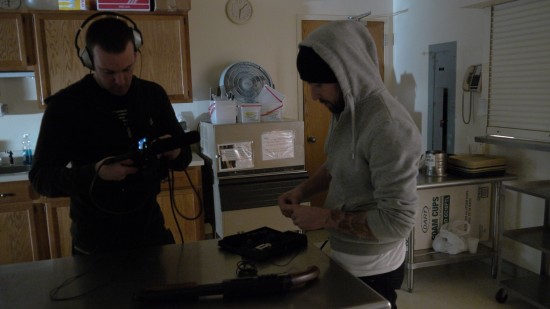 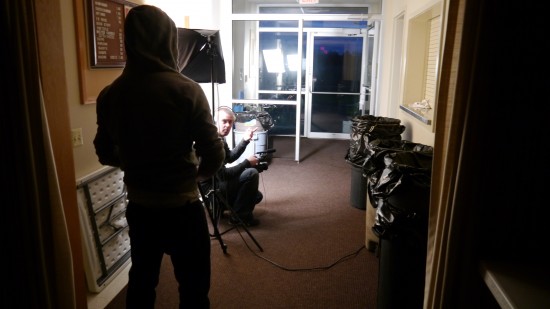 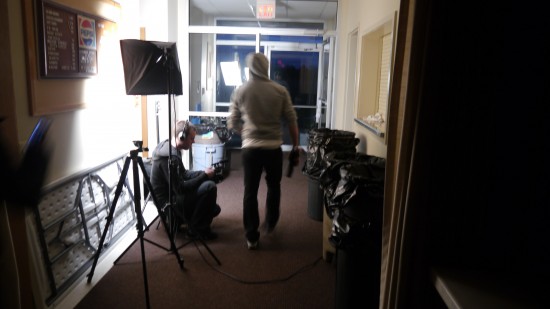 I love this so much because it’s a wonderful example of what can come of following your dreams and doing what you love. Chris and Jon do have “day jobs” but they work on this side project because it’s important to them on many levels. They found a meaningful and creative way to combine multiple passions while also helping others. Gah! So awesome!!

Keep up the amazing work, guys.

Check out VeganMeals.com – sponsor of The Vegan Zombie.