In April of 2014, my husband and I embarked on a two week adventure to Germany. We chose to spend the bulk of our trip in Berlin after hearing about the amazing vegan scene. Berlin is also full of fabulous street art, museums, and history all wrapped up in a vibrant European city with excellent public transportation. Before departing I read up on the many great Berlin offerings on the informative English site, The ExBerliner. I highly recommend utilizing the site, and the print magazine (available for purchase in many spots in Berlin) to get in touch with events, dining, shopping, nightlife, music, and culture.

I always travel with is my Happycow iPhone App, which is a guide to vegetarian, vegan and veg friendly dining and shopping around the world. Over the years, I have used it or the website, in all seven continents. (As you guessed there aren’t any listings in Antarctica).

To make travel even easier, I recommend traveling with an unlocked smart phone and picking up a sim card on arrival at your destination. I travel with an iPhone 5, which is also my sole camera. I recommend getting your sim card from an established mobile shop as they can assist you in setting it up. In Frankfurt, I got a Ortel Mobile sim card and a one month plan with 3 gigs of data for about 30 euros. I never ran out of data even with loading photos to Instagram and making a wifi hotspot for my husbands’ phone. Having a smart phone is very valuable in navigating the metro, using maps while walking, looking up sites to see, and using the GPS function in the Happycow app. I love getting to know a city through exploring the streets on foot and public transportation.

I recommend good walking shoes, the fitbit activity tracker, and a metro pass. I also love using transit apps to flawlessly plan trips around unknown cities. For Berlin I used Citymapper, which includes NYC, Berlin, Paris and London. It worked perfectly and we did not get lost once. Another tip I recommend is using Google Translate to translate webpages into the language of your choice. This has been very helpful in checking out menus, events, and learning more about the country.

After landing in Frankfurt, we settled into our hotel and immediately searched out Veganz, the all vegan grocery store chain. Veganz has several stores across Europe stocking every vegan grocery item imaginable including an extensive offering of vegan candy/chocolate, vegan cheese, fruits and vegetable, frozen items, personal care items, household cleaners, books etc. They also stock my two favourite vegan cheeses, Vegusto, fragrant sharp cheeses, and CreamyRisella the luscious soft cheese. It was refreshing to be able to purchase anything without scrutinizing labels for hidden animals ingredients. Fearing poor selection at the train station, we selected some snacks and treats for our train trip the next day. We had a nice lunch of pizza buns at the attached Sesamo vegan cafe. The cafe serves smoothies, sandwiches, pastas dishes, deserts etc. Frankfurt also has a funky vegan bakery, Edelkiosk, which offers sweet and savoury items including cakes, pizza buns, and chocolate bars. We enjoyed a lovely dinner at the vegan Wondergood restaurant. 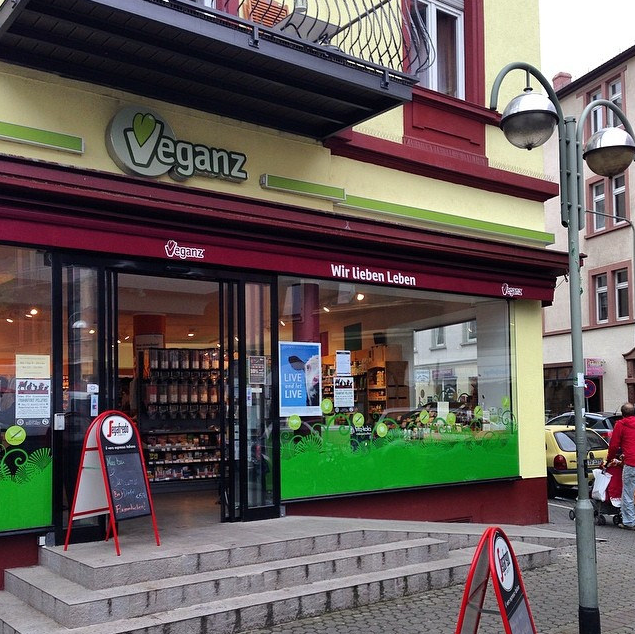 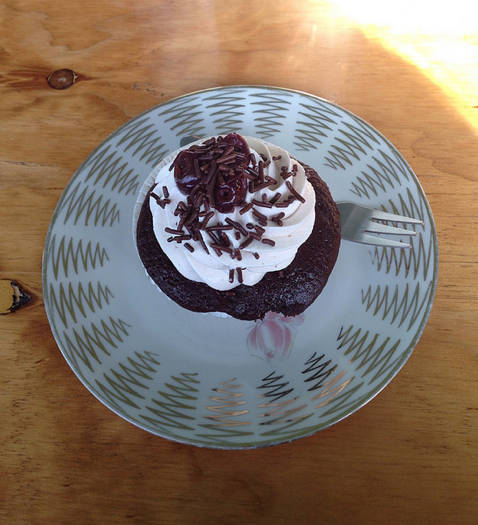 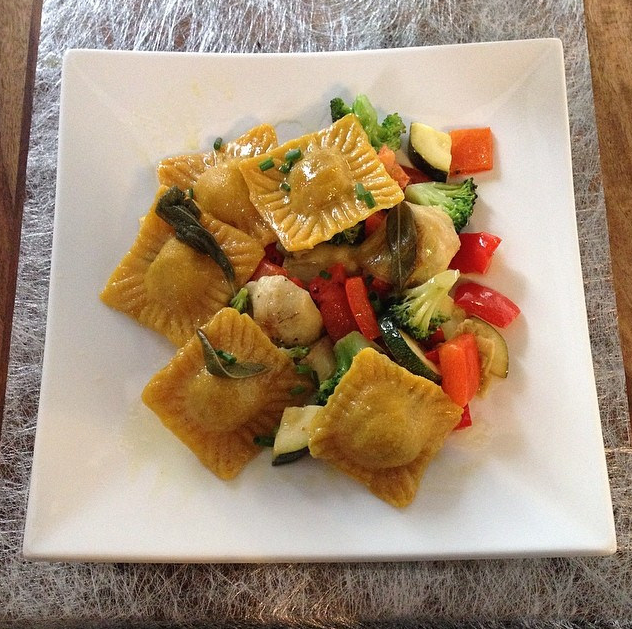 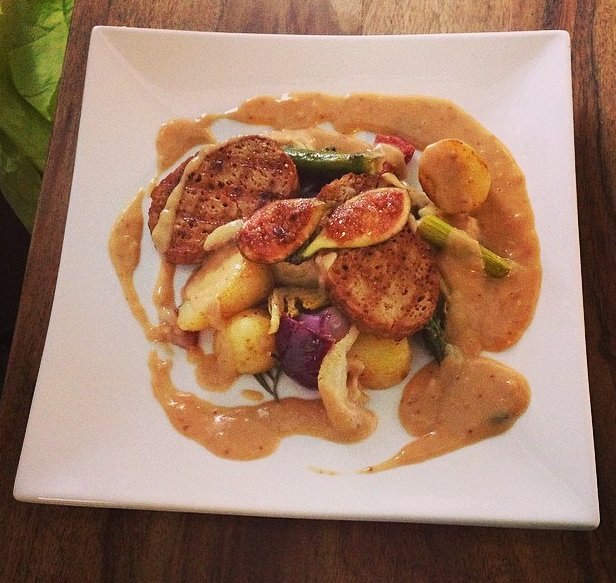 We spent the night in Frankfurt and headed by train to Berlin in the morning. We easily accessed the train station via the metro and were pleasantly surprised to see several vegan options labelled at the different train station establishments. We ended up having a vegan burrito from Burrito Bande. The train was about four hours and very comfortable, and gave us a chance to see the German countryside as well.

We chose our Berlin accommodations via the vacation rental site, AirBnB. We found a fantastic, affordable, flat in the central neighbourhood of Kruezberg. The location was perfect, close to metro stops and an easy train ride or walk to the Veganz vegan grocery store, with two locations in Berlin. Our flat had a kitchen which we though might come in handy but we found the food so amazing in Berlin that we only ever ate breakfast at home before heading out for a full day of adventure. Berlin is really a vegan paradise and we attempted to check out as many vegan spots as possible.

Sometimes we didn’t even eat breakfast at home! Our favourite breakfast was the expansive weekend brunch buffet at the vegan Miomatto, the lovely Italian style eatery above the Veganz grocery store, and next door to the Avesu vegan shoe store. We enjoyed both sweet and savoury items including a bread basket, vegan cheese platter, vegan deli slices, assorted salads and hot dishes, plus desserts. We thought it was a fair price for the selection too. Miomatto became a favourite place for us where we ate many memorable lunches and dinners. There is also a good review of Mio Matto on The Exberliner; “Mio Matto: Easy Vegan.” Check out some of my photos below: 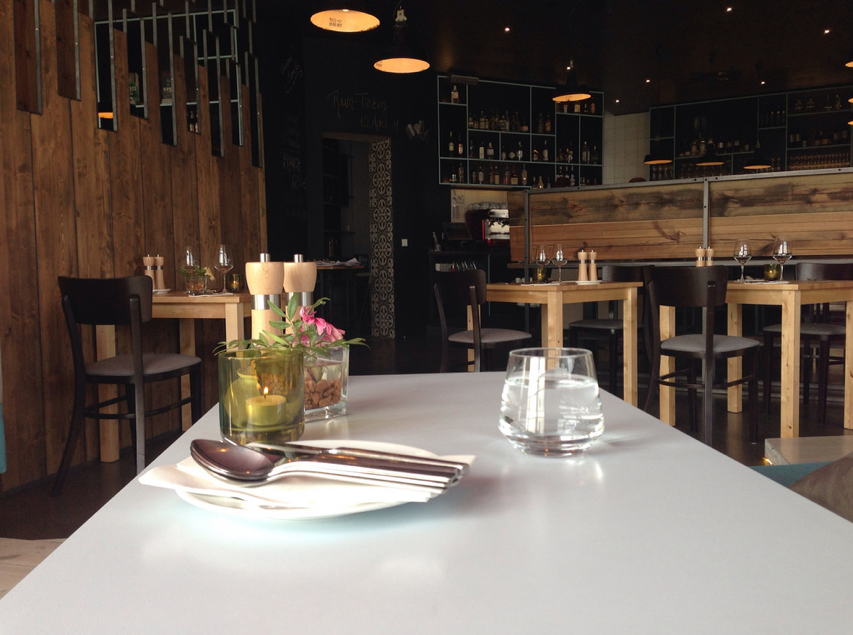 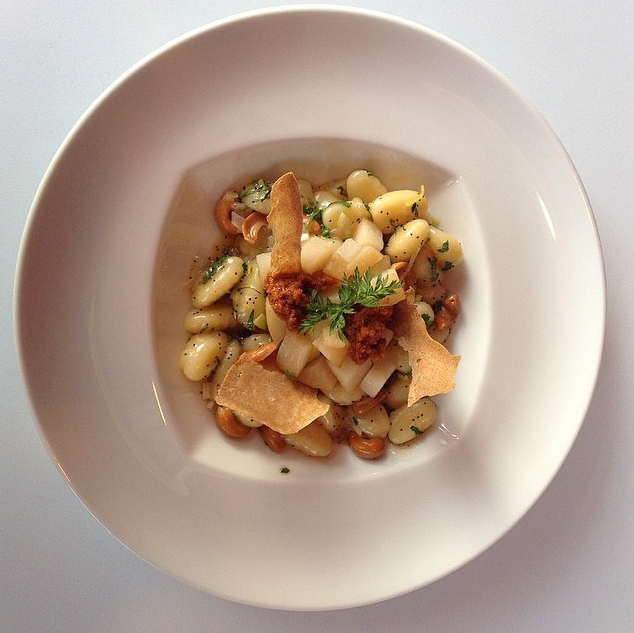 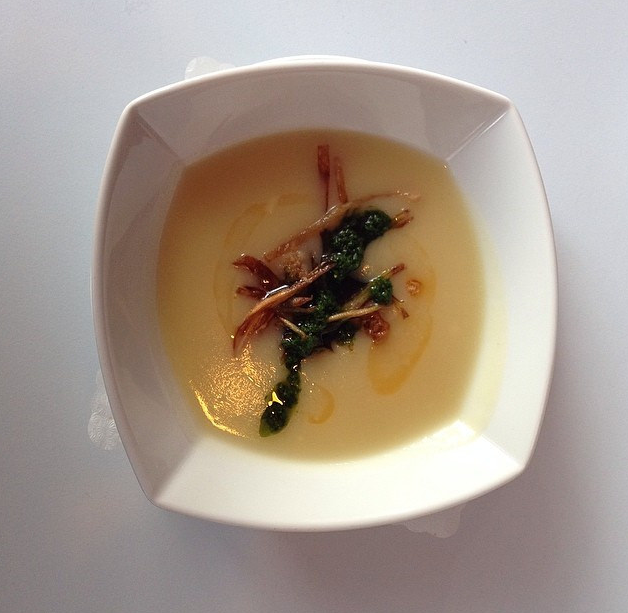 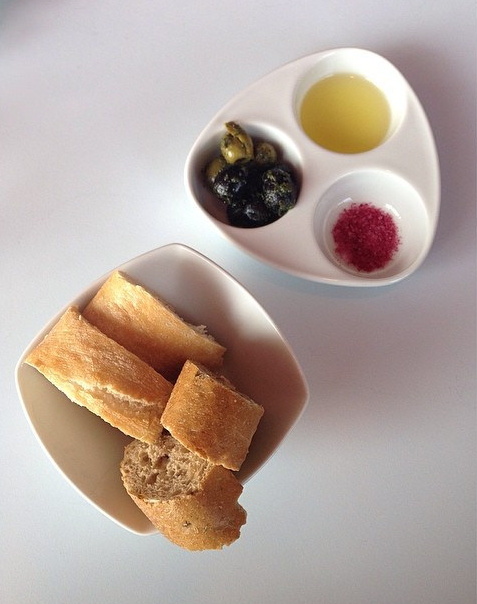 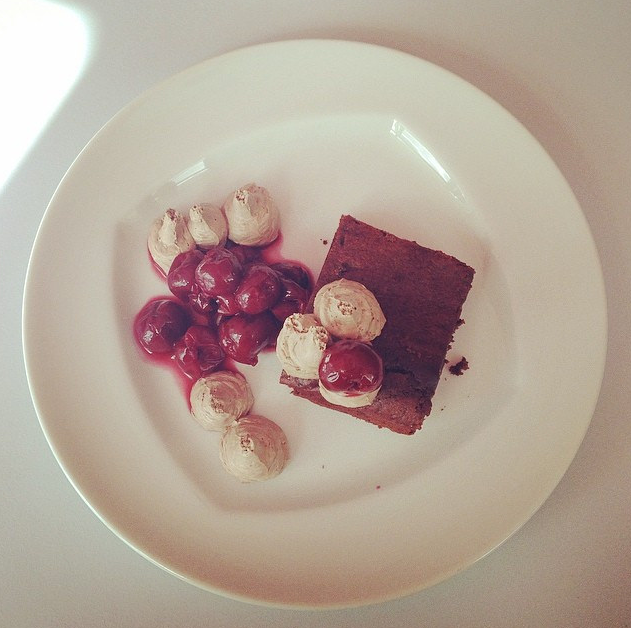 There are a variety of vegan and vegetarian dining establishments including bakeries, fast food, and fine dining. A favourite bakery was Ohlala Vegan French Bakery. The desserts were very decadent! (Be forewarned that it is closed Mondays, which is why the photo shows a closed up shop). 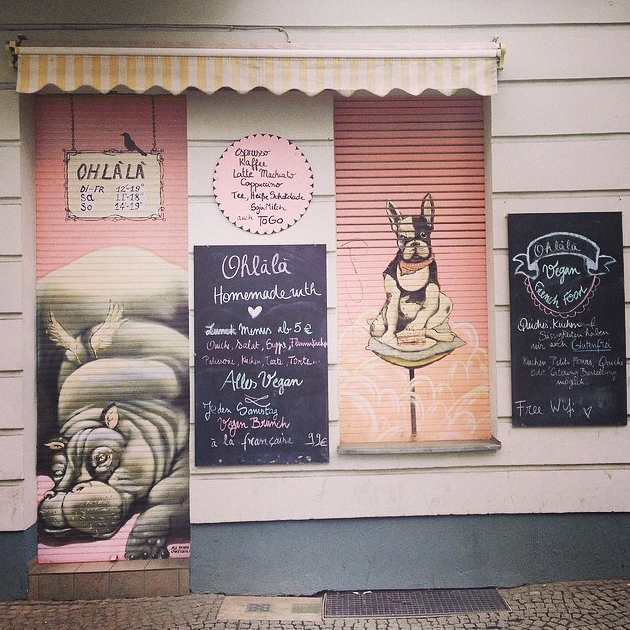 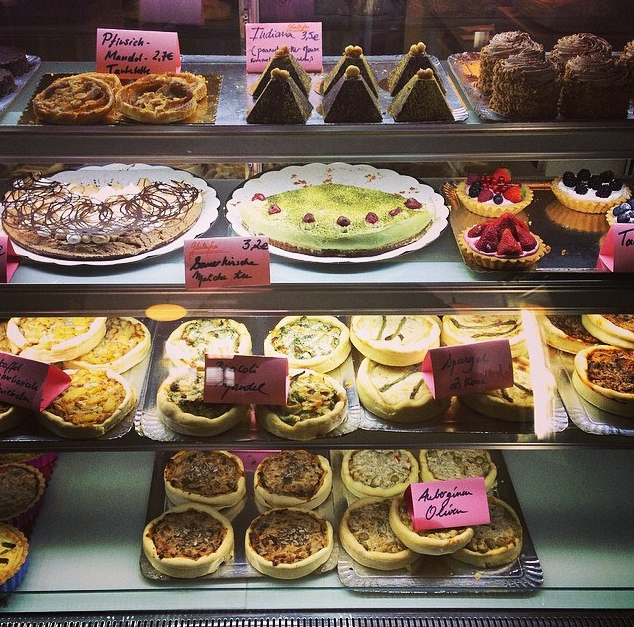 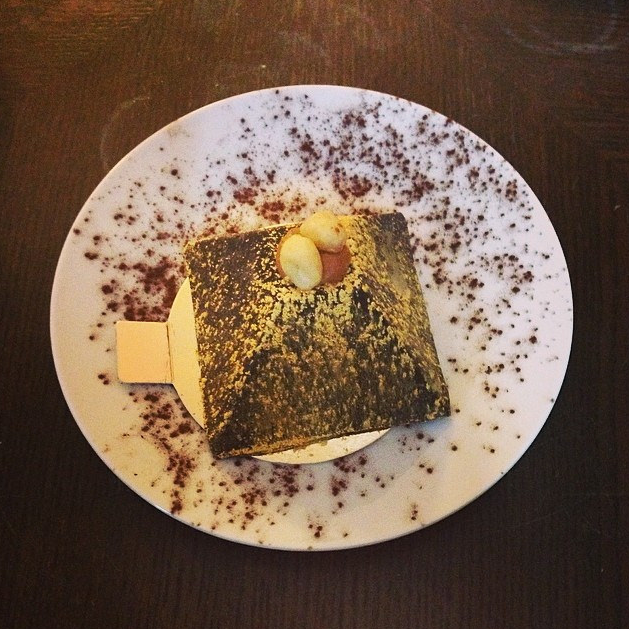 And what about vegan crepes? We had some tasty ones at Let It Be Vegan Creperie. They offered both sweet and savoury crepes.

For fast food my all time favourite was the vegetarian Yellow Sunshine diner. They have a separate vegan menu which includes the amazing breaded chickin’ burger with yummy fries. They also had desserts including vegan mousse, cake and tiramisu (selection varied day to day). They were just around the corner from us so we visited a few times.

We also checked out Voner the vegan doner and kebab spot. It had a rotating spit of seitan which was sliced up and loaded into a sandwich with lots of topping and sauce options, including vegan mayo for the fries. We had a wonderful time at the all vegan pizzeria, Sfizy Veg. The pizza dough was cooked to perfection and topped with amazing vegan “gorgonzola” cheese. 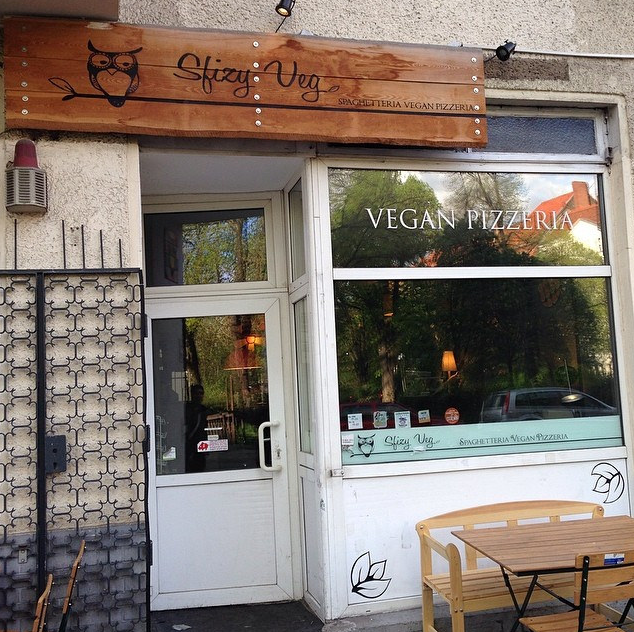 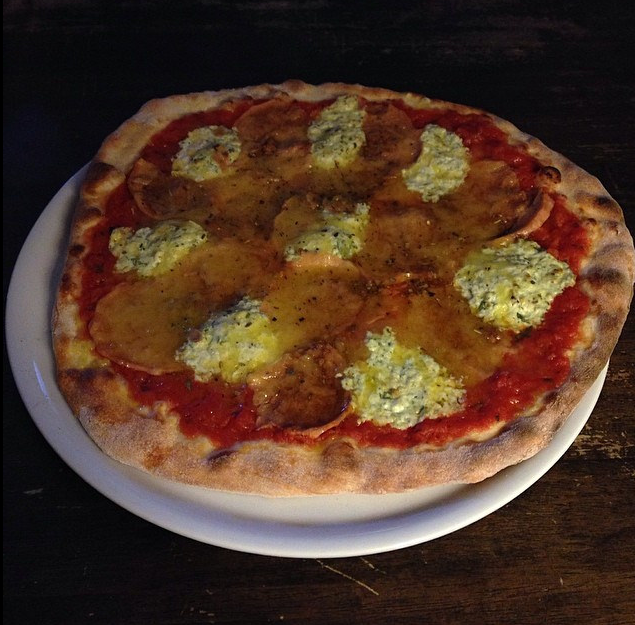 As mentioned above we adored Mio Matto for more upscale dining, but it was edged out only slightly by Kopps Bar and Restaurant. We had amazing meals there in the fresh and bright atmosphere. They recommend reservations as it can get very busy later at night. However, we generally arrived for dinner when they opened at 5:30 and never had a problem with immediately getting a table with no reservation. Check out the delightful offerings: 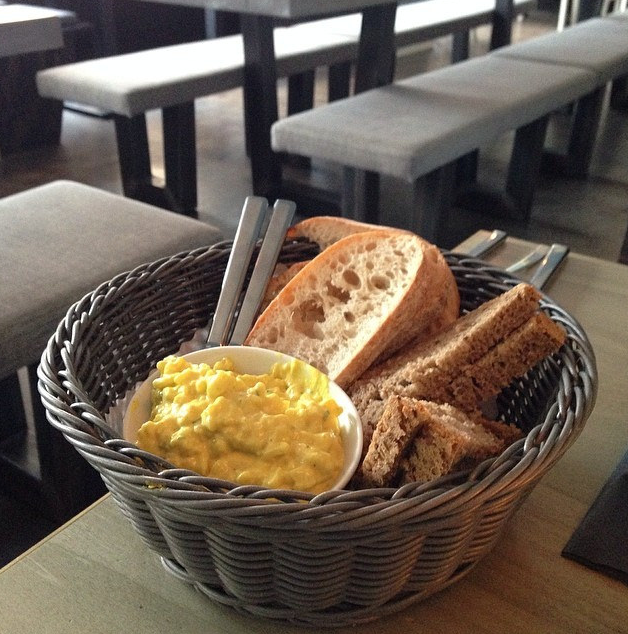 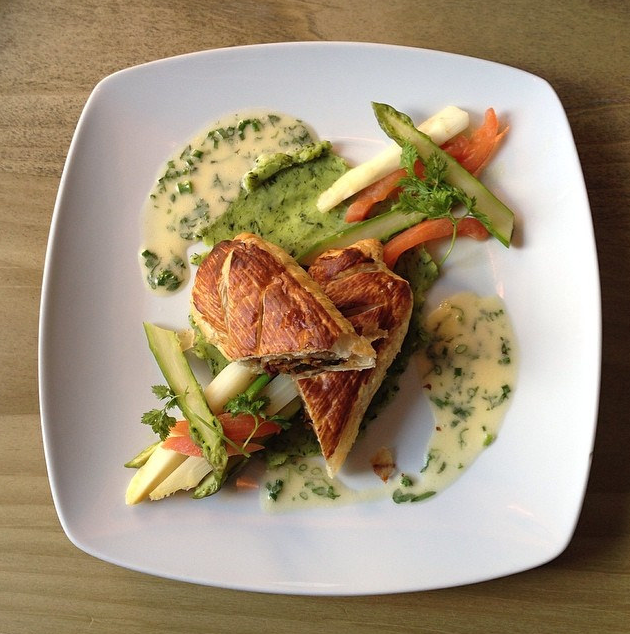 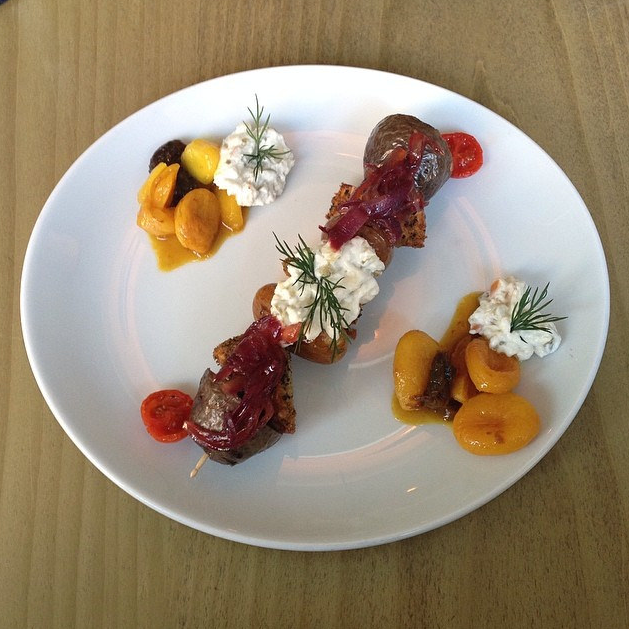 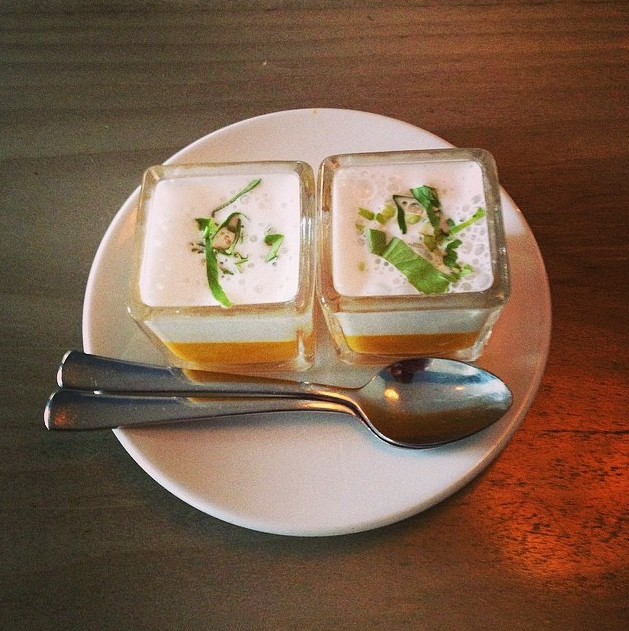 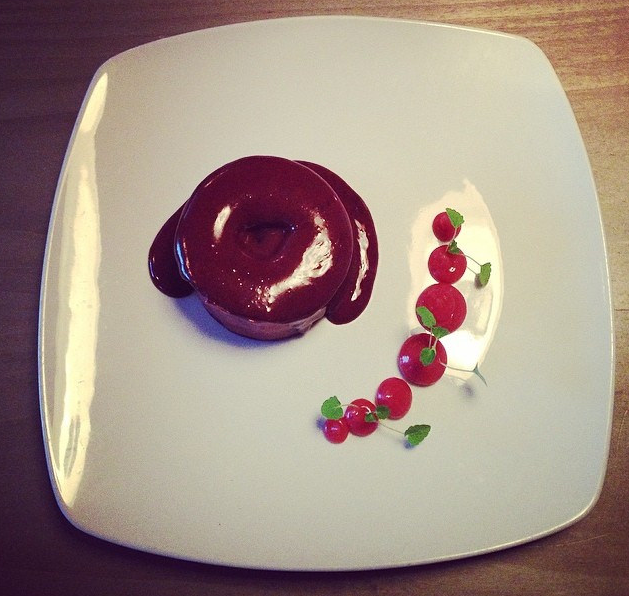 Berlin also offers unique vegan shopping including two different locations of the Avesu vegan shoe store. As mentioned earlier, one of the Avesu shops is located next to Mio Matto restaurant and Veganz grocery. The other one is on the ‘vegan avenue’ located next to the other Veganz and the DearGoods vegan clothing store. Avesu offers a large selection of casual, athletic and dressy shoes, shoe care products, and bags. DearGoods had unique and beautiful clothing for both men and women. 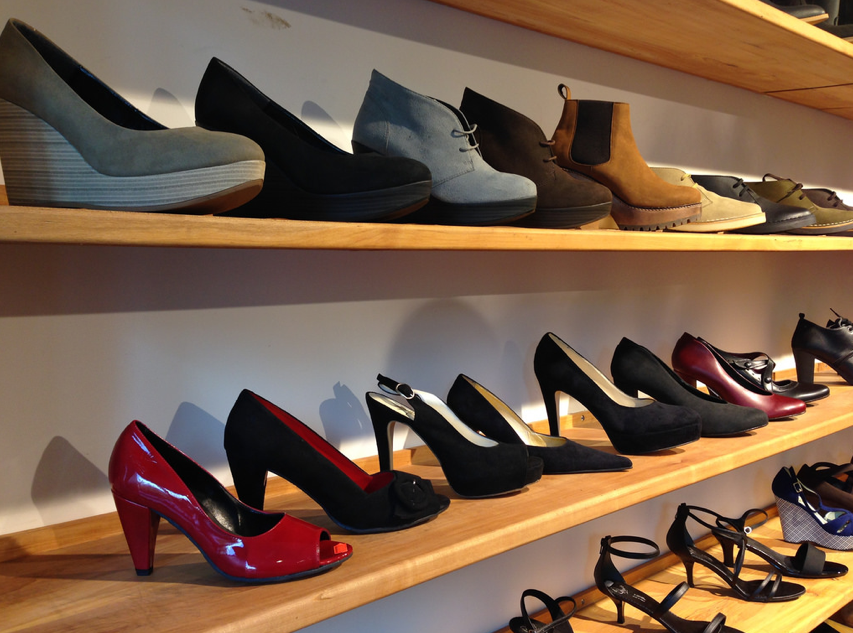 After the shopping is done and you are feeling stuffed from all this delectable food, check out the recently opened, all vegan gym, Berlin Strength. After all Patrik Baboumian, Germany’s Strongest Man is also vegan.

If you’d like to see more of my photos check out my flickr stream HERE.  And to follow along on my adventures check out my blog: VoyageVixen. 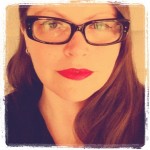 ABOUT THE AUTHOR
Capri is a community builder, a vegan, a traveller, a lover of the arts. “Unless someone like you cares a whole awful lot, nothing is going to get better. It’s not.” – Dr. Seuss

3 Simple Steps to a Minimalist Mindset 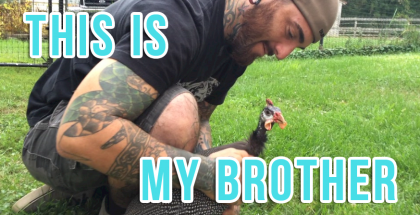 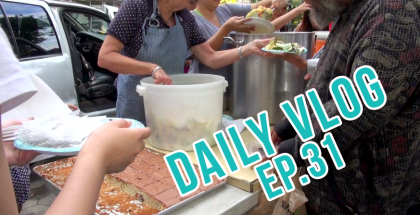