After our incredible meal at Eden Vegetarian Cafe the night before, Ethan and I woke up ready to tackle our final full day in Maine. It was also a day FULL of interviews!! And more food, of course! :D

To start, we met up with personal vegan chef, Chris McClay at Local Sprouts Coop in downtown Portland to talk food, health, vegan influences, and her rockin’ new biz.

The ‘formal’ video interview is below, followed by an informal chat, which we recorded (transcript and audio below), while snacking on some ployes at Sprouts. Enjoy! :)

Oh! And I asked Chris if she wouldn’t mind providing one of her healthy recipes. She kindly obliged with this beauty –>

Directions:
Place all sauce ingredients in a blender or food processor and blend until smooth and creamy. 10 minutes before serving, place all the noodle ingredient in a large bowl and toss with the dressing. 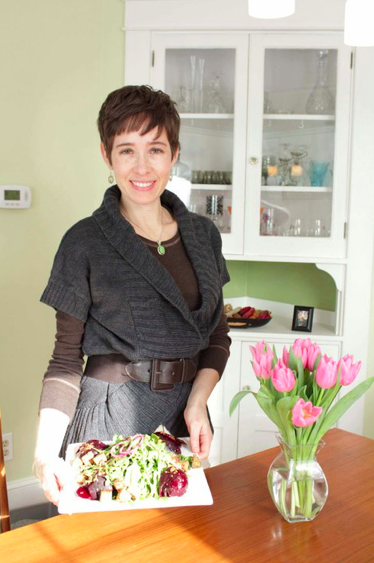 Our other, more casual chat/interview is below. Includes the audio and transcript versions! :D

Chris: [ 0:00:11.6] It’s very rewarding, especially when I’m able to help people with specific goals. One of my clients wants to change his lifestyle and get off his medications.

Chris: [ 0:00:28.6] He is on a lot of things. He is on three different blood pressure pills. He takes a cholesterol medication. He’s battling diabetes. I say that because I don’t know if it’s been diagnosed that he has diabetes.

His numbers indicate that he has diabetes. This is a relatively new thing within the past year. That’s been very alarming for him. In the five weeks that I’ve cooked for him he no longer has diabetes according to the numbers.

It’s an easy way for people to achieve their goals. I have another client who is a tri-athlete. She said, “I need help with a low-carb diet.” I said, “Do you just need dinners?” She said, “No, I need eight meals a day.”

Chris: [ 0:01:44.6] Most personal chefs provide dinner options. I say that your vegan lifestyle doesn’t just stop with dinner. It’s all day long 365 days a year. That’s why I charge an hourly rate so that it can be flexible.

Ethan: [ 0:02:03.6] There are a handful of doctors out there that talk about how you should deal with diabetes and heart disease. Do you know about all of them? Do you like certain ones in particular?

Chris: [ 0:02:17.3] Yes, I don’t know a whole lot. I will say the Dr. Fuhrman’s Eat to Live program has been the one that I found online. I can’t remember the name of the doctor when I became vegan in the 90s. There was a cookbook.

I want to say it was Dr. McDougal but I might be wrong. The recipes were just OK. They were so-so. In the 90s it didn’t seem as if people used nuts and seeds as much.

The combinations now are a lot more sophisticated. There are things like soaking cashews to make everything creamy and delicious. That didn’t exist back then either.

Now the innovation has made vegan whole foods tastier. I’ve been in ruts during my 19 years. Last year I decided that it was time for me to update my cookbooks. I had a slew of 25 different cookbooks.

Robin Robertson is great. I followed the PITA cookbook when I first started. It used white sugar but that was the early 90s. Things have evolved.

Last year I received Tal Ronnen’s cookbook as a gift. Beverly Lynn Bennett wrote The Complete Idiot’s Guide to Vegan Cooking. I looked to those people for innovation.

As far as a doctor prescribed program, I have a funny story. My client came to me and said, “Here are all of my health ailments. This is what I’m looking to do.”

My reaction was, “I’m not a nutritionist but I’m sure if you eat my foods it will remedy itself. Then your doctor can make the call as to when you can go off your meds.” I looked for something where we could work from a slew of recipes together.

It takes a load off of them. That’s part of this whole thing. I like to make it easy for someone to eat like this. I found this program. He had one book called Curing Diabetes.

He was quoting from it. I heard some things in there. I thought, “When was this book created? I think this guy is missing the mark on a couple of things.” He was saying not to eat soy because it’s one of the biggest allergens.

I thought, “Maybe if you’re allergic to soy you shouldn’t eat it.” This guy was making a broad-brush statement not to eat soy. I said, “It might be good to get an alternate point of view. Why don’t you read this book?”

Dr. Fuhrman recommends soy. He read the book. He religiously reads it every week. He called me a couple of weeks ago. He said, “Chris, you’ll never believe this. Before I hired you I was watching TV. One of those infomercials came on.

They talked about how to regulate your weight and get healthier. I bought the program. It was six CDs and three books. You’ll never believe it but it was Dr. Fuhrman’s Eat to Live.” I said, “Oh my God.” Now he’s reading the book. He’s doing the DVDs.

I held a cooking class last Saturday. I went to a woman’s private home. I walk into her kitchen. She has no more than five cookbooks. One of them is Dr. Fuhrman’s Eat to Live. I said, “Oh my God. You’ll never believe this.” I told her how I see this a lot more now.

She said, “That’s the book that turned me into a vegetarian in February.” I told someone else this story. He said, “I’ve lost 30 pounds on Dr. Fuhrman’s program.” The girl who was there said, “I have that book, too. I should probably read it.”

Dr. Fuhrman is everywhere. I’ve seen his book at Whole Foods. If I was to endorse a program that I know that works from testimonials, it would be that one. 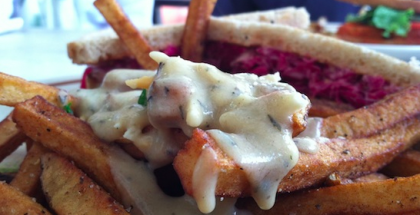 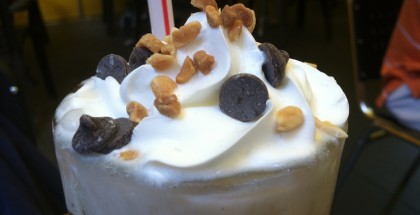