After an amazing few days in the Northampton, MA area I popped down to Hartford to check out the one and only vegan restaurant in that city, and to hang with an old friend, Adam and his lovely girlfriend, Aliza who graciously let me crash on their couch that night. Thanks, guys!

Adam and Aliza joined me for dinner at Fire-N-Spice the night I arrived in Hartford. It’s set up sort of buffet-style but instead of helping yourself you select up to three or five items from behind the display and they plate it for you, putting everything together on one plate. The food was pretty good! Unfortunately I didn’t get any pictures as the lighting was a bit tough for photos and there was a lot going on – a fundraiser of some kind with many folks coming and going. But you can see some pics and read about what others thought of Fire-N-Spice on HappyCow.net.

You might remember our post about the Red Lentil located in Watertown, MA. It’s the first of the two locations and when we visited the one in Watertown we had a nice chat with the owner, Pankaj Pradhan. You can read that post along with a bit of history about Red Lentil’s roots, here. In the meantime, food pic time!

Oh wait, wait! Before we get to pics I just want to warn you about using a GPS to find this Red Lentil. For some reason the GPS that I used (which is about four years old and hasn’t been updated, FYI) sent me about two blocks past the restaurant. Still on Temple Street but far enough down that I thought I was in the wrong place. However, the street parking worked out well. So just a heads up on that. 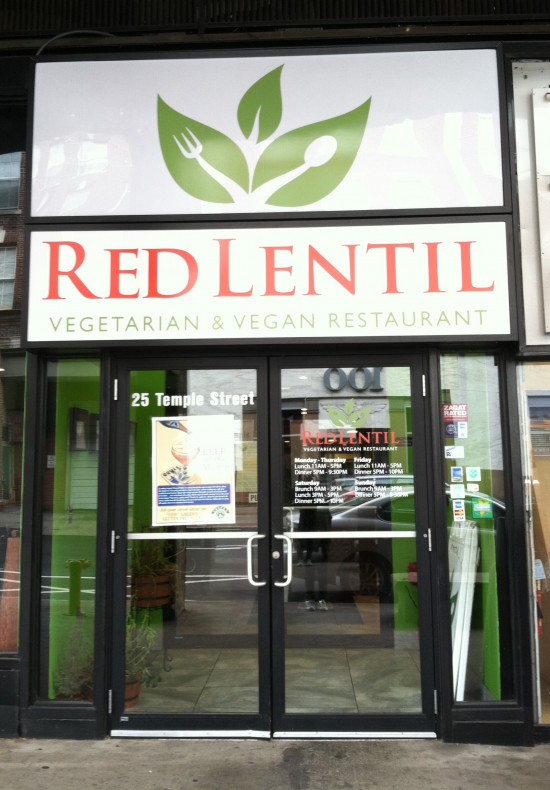 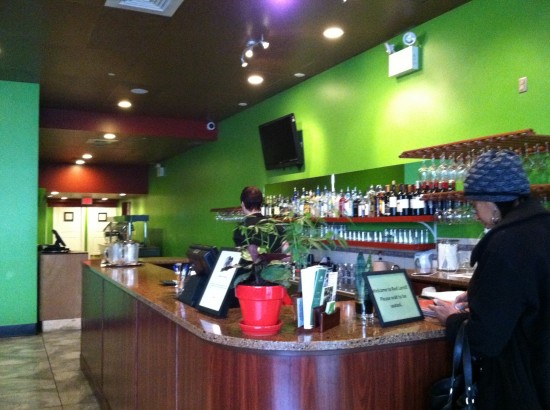 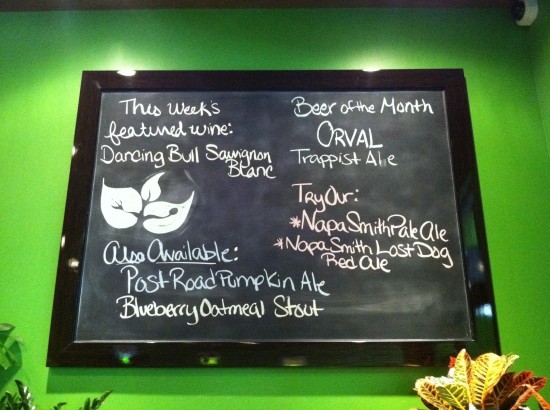 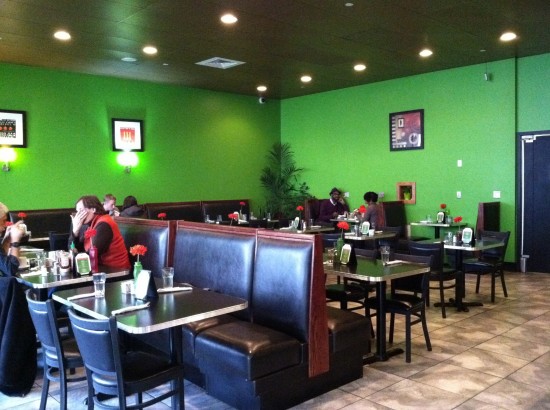 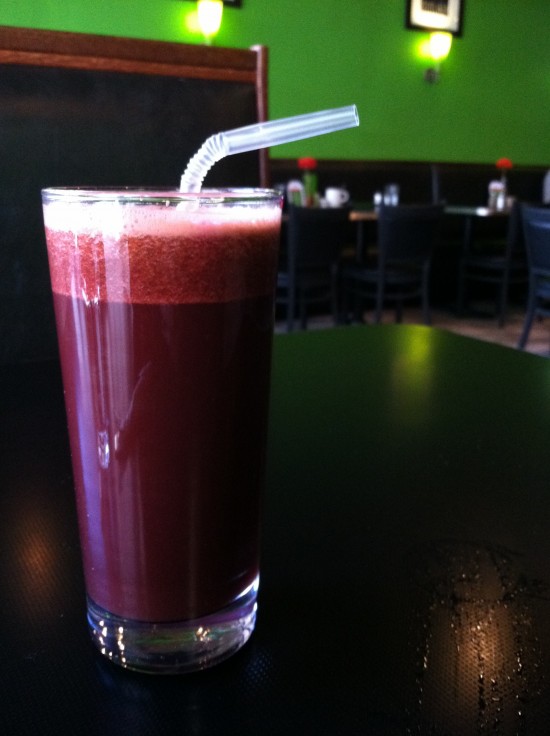 The Vegan Waffles were nice. When I read on the menu that they come with whipped cream I was all sorts of excited. So I would have loved a bit more … vah vah voom in terms of the ‘cream. But what was there did taste very good. I think it was actually the best part of the dish. MORE WHIPPED CREAM, Red Lentil, more whipped creeeaaam!!!! Okay, I’ll stop whining now. ;) PS – the fruit added a nice, sweet touch as well. 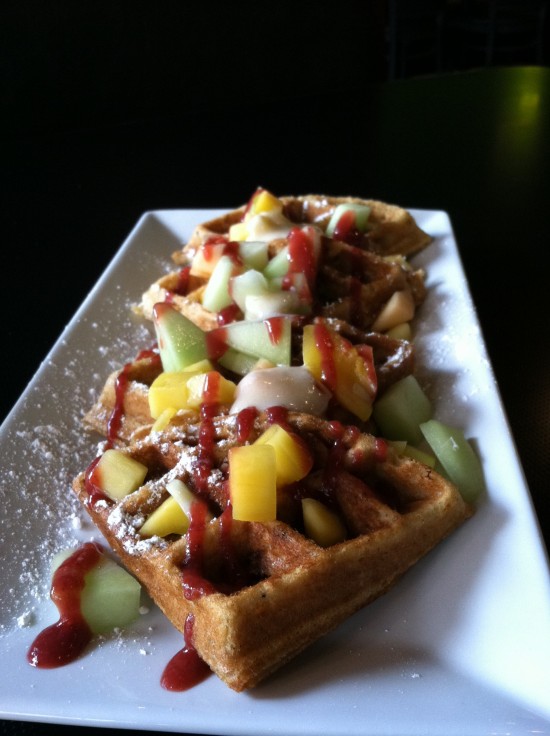 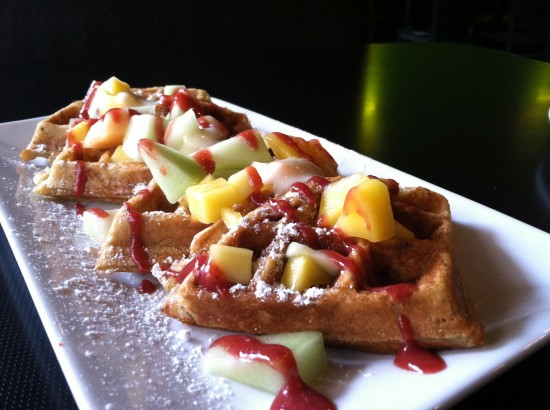 Red Lentil Chicken Fingers are really great! The BBQ sauce is sweeter than traditional BBQ sauces but it’s really awesome and works well with their ‘Fingers. The ‘Chicken’ itself kind of reminds me of something I’ve had before.. perhaps from Whole Foods but I can’t place it. Either way, it’s a tasty dish and, per the restaurant, is recommended for the kiddos. 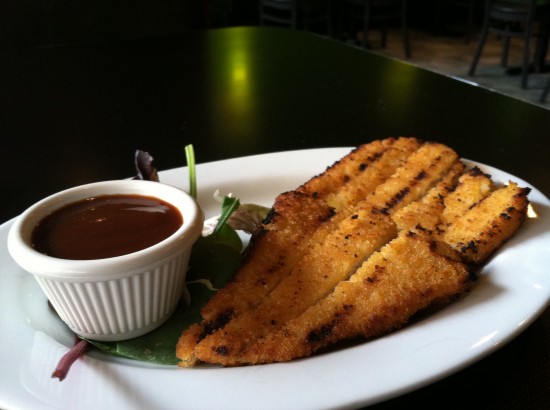 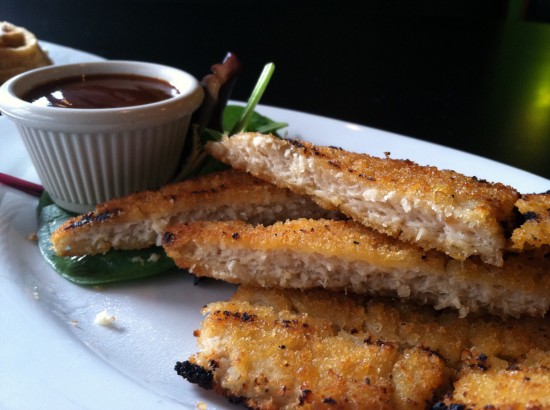 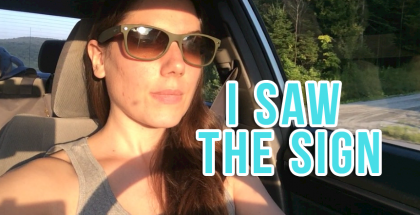